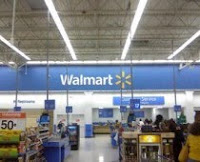 Polybrominated diphenyl ethers (PBDEs) are used as flame retardants in various consumer products from electronics to textiles. Scientific studies have been published that suggest a link between PBDEs and human health effects (i.e., thyroid, liver and reproduction), while other studies indicate that PBDEs are safe. With the conflicting scientific results, PBDEs are a controversial subject. Acknowledging consumer concern about PBDEs, United States producers have either voluntarily phased out or are in the process of phasing out production of PBDEs. However, PBDEs can be still found in products imported from other countries. Currently, there is no federal ban on PBDEs, but a number of states have banned penta- and octa-BDEs, and some have issued regulations on deca-BDEs. Wal-Mart reacted to the lack of a federal ban and presence of patchwork regulations across the states by banning PBDEs from their stores.
The decision to ban PBDEs from their stores was first issued a couple of years ago, but has not been fully enacted. Recently, Wal-Mart notified their suppliers that as of June 1st 2011, they will begin testing all products for the presence of polybrominated diphenyl ethers (PBDEs). If PBDEs are detected, Wal-Mart will not allow the product to be sold in their stores.
This is not the first time that retailer have felt it necessary to restrict specific chemicals from their stores. Bisphenol A has been banned from Wal-Mart, Toys R Us and Whole Foods for a number of years.
Retailers enacting bans of specific chemicals are further proof of the need for revisions to chemical regulation in the United States. It is difficult enough for industry to properly comply when regulations vary from state to state. When nationwide chain retailers begin to produce their own bans, industry is forced to either pull their products or completely alter their formulations. In addition retailer restrictions on chemicals often are in response to consumer perceptions of risk and not actual risk proven by science. Federal regulators need to be aware and responsive to consumer concerns, whether it is enacting a ban, conducting a risk assessment, or issuing an assurance of safety, so that retailers do not feel it necessary to take action in lieu of the government.
at 11:30 AM