A recent article published by DiscoveryNews reported that “toxic or hazardous chemicals” have been identified in commonly used scented products, including dishwashing detergents, deodorants, baby shampoos, fabric softeners, and cleansing products. Many of the products tested were labeled as “organic” or “natural” and the majority of the chemicals detected were not listed on the product labels. 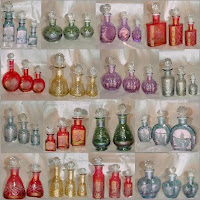 The debate over the toxicity of unlisted chemicals in scented products is not new. A number of non-profit groups have rebuked companies, often in the cosmetics industry, for not disclosing the entirety of their ingredients claiming that their products negatively impact public health. Industries that produce fragrances and International Fragrance Association have responded that their products are safe and that the fragrances are within acceptable limits.

Presently, fragrance formulations are protected as trade secrets or Confidential Business Information, but this may soon change as one of the goals of the proposed TSCA revision is to increase transparency. Therefore, claims of Confidential Business Information will be denied if the chemical is already on the publicly available TSCA Chemical Substances Inventory or is submitted under TSCA Section 8(e) as part of a health and safety study. Full chemical disclosure on product labels is also being discussed by many campaigns. While not all industries will be affected by the TSCA revisions (e.g., cosmetic are regulated by the FDA), many companies will find themselves burdened with providing in-depth toxicity data on their chemicals and the development of more detailed labels.

It is true that some people are sensitive to certain smells, not necessarily only artificial fragrances, and may develop headaches or other mild, temporary effects. Generally, this occurs when exposed to a high concentration of a scented product and not with normal application. However, the fact still remains that unlisted chemicals in scented products are an issue in the media and in legislation. As suggested by the proposed TSCA revisions, the chemical regulation landscape is changing. Whether it is Confidential Business Information or product labels, companies need to (1) have a full appreciation of the potential health impacts of the chemicals in their products, (2) stay informed on the changes to these regulations, and (3) learn how to comply with the regulations relevant to their industry.
at 11:40 AM No comments:

The United States EPA’s Integrated Risk Information System (IRIS) has often been criticized for lacking transparency in their evaluation processes, allowing influence from other governmental agencies, and unexplained delays in producing assessments. The latest condemnation comes from a report published by the Center for Progressive Reform, a nonprofit organization, which chastises EPA for falling behind in completing statutory mandates for 255 chemicals. As an example of the incompleteness of IRIS, the report notes that EPA has not developed inhalation reference concentrations (RfCs) for approximately 77 known hazardous air pollutants.

This is not the first time that the problems with IRIS have been reported. In 2008, the Government Accountability Office (GAO) published a report detailing that despite EPA’s efforts, the backlog on chemical assessments have not diminished. In fact, the GAO implied that Office of Management and Budget requirement of interagency review would only further hamper the assessment process and limit IRIS’s credibility. Some of the GAO recommendations included clearly defining and documenting the IRIS process to minimize the need for revision, setting defined time-limits for interagency review, and conducting assessment with available studies and only suspending assessments to await completion of scientific studies in exceptional circumstances.

In addition, a review of the IRISTrack website demonstrated the validity of this criticism. For example, the acrylonitrile and benzo[a]pyrene assessments began in January and December 1998, respectively, and the finalized assessments are still pending. However, the assessment for chromium VI was initiated in November 2008 and is scheduled to be finalized in the third quarter of FY11. While the quick turnaround of the chromium VI assessment is unusual for IRIS, the majority of the ongoing assessments are scheduled to be finalized sometime during FY11, so, perhaps, this is an indication that the IRIS process is improving with the recent revisions.

In 2009, EPA Administrator Lisa Jackson announced reforms to the IRIS process including a streamlined review process so that assessments are available within two years of the start date. The reform involved reducing the timeframes for assessment and making the written comments from other governmental agencies public. These revisions allowed the EPA to regain a stronger control over the IRIS process, while still providing transparency and integrity.

hile the recent reform of the IRIS process is a step in the right direction, there will still be long delays in producing assessments because EPA is hindered by a lack of toxicity data for many of the chemicals yet to be assessed. However, this may soon change with the upcoming TSCA revisions placing the burden on industry to conduct studies to fill in data gaps on their products and chemicals. Whether EPA is prepared to handle the influx of data from various industries on numerous chemicals that will emerge after the TSCA revisions are finalized is still a question to be answered. Once EPA begins receiving the industry data, there will be an initial struggle to review and manage the incoming information until EPA learns to adapt, which will undoubtedly result in further delays in the IRIS assessment process. How long the period of adjustment will last will depend on how well the IRIS program is managed.

Controversy Over Whether Drilling Fluids are Contaminating Groundwater 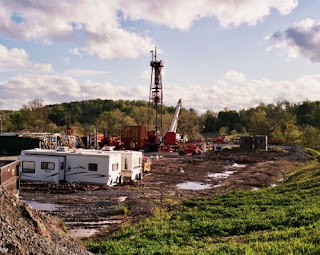 About 90 percent of natural gas wells now employ hydraulic fracturing, a technique in which sand and fluids are pumped into wells to open seams within rock formations so that they release more methane. This practice, commonly called “fracking,” has allowed for the production of gas from formations one to two miles deep, and is credited with more efficient development of gas reservoirs with fewer wells. It is also considered critical to economical production from

shale formations, such as the Marcellus Shale region in the Eastern U.S., which tend to feature low porosity rock.

In fracking operations, wells are completed to the desired depth and the bottom portions of the well casing are punctured with explosive charges, releasing pressurized water and sand into resulting fractures in the rock. The water contains an estimated one percent drilling fluids, primarily lubricants and surfactants. The precise formulations of these fluids are proprietary, but constituent chemicals may include benzene, zetaflow ® (whose composition is not publicly known) and 2-butoxyethenol (2-BE).

It is these drilling fluids that have aroused complaints from neighboring landowners and environmental advocates, who claim that they are polluting groundwater near gas wells. These parties cite odors, coloring and sediments observed in tap water, as well as isolated cases of illness. They also call for the identity of the fracking fluids to be revealed, without which linkages to water contaminants will be difficult to establish.

A 2004 EPA study on coalbed methane production concluded that it was unlikely to impact groundwater because water tables resided hundreds or thousands of feet above the fractured portions of wells. Some advocates of further study and regulation acknowledge this, but theorize that imperfections in well structures may be allowing fracking fluids up into the well shaft and from there onto the surface and the groundwater beneath.

Based in part on EPA’s work, Congress in 2005 exempted fracking fluids from the Safe Drinking Water Act, which requires the disclosure of chemicals potentially released into groundwater. Legislation proposed by Rep. Diana DeGette (D-CO) and Charles Schumer (D-NY) would revoke that exemption and thereby shed light on the compounds being used. These bills are supported by the Natural Resources Defense Council (NRDC) and other public interest groups.

EPA has announced another review of the issue, and has asked nine leading drillers to voluntarily provide the agency with the formulations of their fluids. A coalition of state water regulators is also promoting voluntary disclosure of fluid components, which it plans to post on a website for the benefit of researchers.